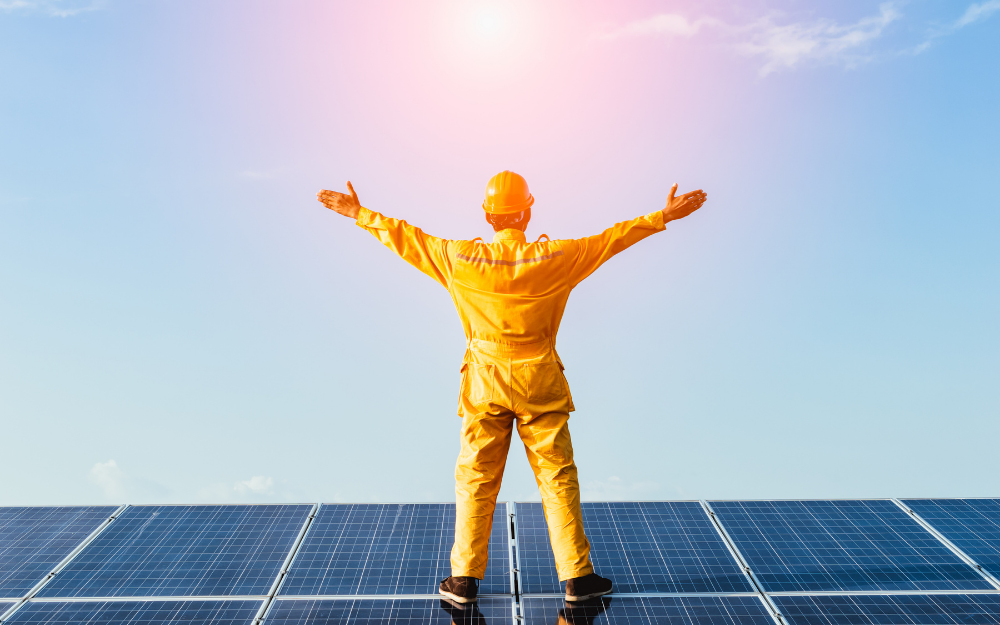 Many experts are saying that, as a renewable energy source, solar power is the wave of the future. With global warming causing alarming and pervasive changes to the Earth’s weather patterns, and with the human consumption of energy steadily on the rise, relying completely on renewable energies needs to be in humanity’s future.

How can solar power help save the world? Read on to discover more.

Solar energy is renewable
One of the major problems the Earth is facing when it comes to the environment and energy consumption is that humans continue to rely on non-renewable sources for their energy. These include oil, natural gas, coal, and nuclear energy. We currently depend on various combinations of these energy sources for most of our energy needs. Societies across the world use non-renewable energy to power everything from light bulbs to cars, computers, stoves, air conditioners, curling irons, and more.

The trouble is, it takes tens of millions of years to form oil beneath the Earth’s surface, and tens of thousands of years to form a resource like a coal seam.  Solar energy, on the other hand, can be produced in a day, or even an hour, when a solar panel collects energy from the sun’s rays. Each day, we use energy, and every day, the sun rises, creating new opportunities for the creation and storage of solar energy via solar panels and high-quality solar batteries. In this way, solar energy doesn’t rob the Earth of valuable resources every time it’s produced.

Solar panels create no air pollutants
Energy sources such as coal and oil are burned to release the energy held within, for our consumption. This burning releases polluting particles into the air like sulphur dioxide that can form substances like acid rain. Acid rain kills living things, which is obviously a problem.

Pollution can also make it harder for people to stay alive. Approximately 1 in 5 deaths worldwide are attributed to fossil fuel air pollution, according to research from Harvard. The toll that fossil fuels are placing on the world’s environment is leading to our demise. Because solar power creates no air pollutants when it is gathered, converted to energy, and consumed, it presents a promising alternative for energy consumption.

Solar energy contributes to less CO2
In addition to dirtying the world’s air, non-renewable fossil fuels are directly contributing to the rise in CO2 in the Earth’s atmosphere. How does this happen? When fossil fuels are burned, carbon dioxide is released into the atmosphere. This CO2 and other greenhouse gases form a blanket around the Earth, trapping heat inside our atmosphere that would normally escape out into space. This is causing global warming, which is in turn linked to crazier, more destructive weather happening around the world. Increases in major flooding, natural forest fires, hurricanes, tornadoes, the melting of the polar ice caps, and rising sea levels have all become commonplace. In short, major destruction.

In contrast, solar energy contributes no CO2 when it’s gathered and produced, making it a clean energy solution.

At Southside Air Conditioning and Electrical, we install solar panels to help you save money and the future of the planet. As your trusted South East Brisbane solar installer, we help you drastically reduce your electricity bill and fight climate change. South East Brisbane solar can improve the resale value of your home and reduce your carbon footprint. Turn to us for your Redlands solar needs and start making the most of your home.

Call today for a free quote on both residential and commercial properties. You’ll be helping yourself and future generations!